In first grade we build upon the rhythms established in the kindergarten, extending to a full day of joyful learning imbued with wonder, creativity, music and movement.

Topics introduced in first grade include: 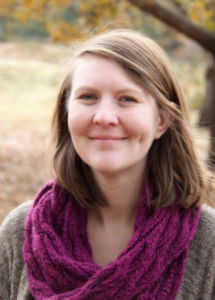 Hannah Jackson was raised in a combination of the suburbs of Portland, Oregon and the wide-open spaces of Wyoming and Montana. Hannah has always loved the outdoors and spent her early years riding horses and bikes, diving head first into snow banks, and generally spending far too much time outside in the rain, snow, and sunshine.

After high school, Hannah spent some time traveling in South America, and then attending the University of Hawaii at Manoa, where she studied Developmental Psychology. She spent half a year in Missoula, MT continuing her studies before deciding to return to Oregon and make Ashland her home. She enrolled at Southern Oregon University, where she gained a huge amount of knowledge about whole child education and how to incorporate the arts and music into learning. Hannah decided to pursue work in a charter school, and as soon as she discovered Madrone Trail in 2012, realized Waldorf education was the path she wanted to take. She took a wonderful class from first through fifth grade, when she decided to spend more time at home caring for her baby. She completed her certification in Waldorf Education through the Rudolf Steiner College in 2016, and feels that this form of education is a joy to discover and explore in new ways every day.