In sixth grade the children begin the study of ancient Rome.  “This is appropriate, for the sixth grader now stands, like an ancient Roman, solidly on the earth, and craves facts and their relationship to one another.”  Eugene Schwartz 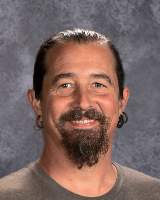 Mateo Tryllium appeared on this Earthly scene in the heart of Dixie; Birmingham, Alabama.  He discovered the magic of the wild at a young age, spending most of his free time playing imaginary games up the banks and down the creeks, deep in the woods of his ‘hoods.  In the burbling songs of the brook, the enchanted aromas of the foliage, and the visionary illuminations of the green filtered sunbeams, his creativity ran wild.  The vistas of his childhood fancies imprinted upon his soul the importance, nay, the necessity of a connection to the natural world and a belief that anything is possible.

He got bigger.  He learned the ways of the other world; the one with rules, currencies, denominations, and degrees. But he never forgot the lessons of the forest. Feeling disheartened by the limited possibilities of formal education, he designed his own major entitled Creating Social Revolution Through Healing Ourselves and Our Mother Earth at Fairhaven College.  He wished to devote his life to creating a sustainable future for subsequent generations through permaculture, alternative energy systems, and environmentally friendly methods of human habitation.  However, he realized that a more important solution to the world’s growing problems lay in changing the paradigm that led to these problems in the first place. So after ten years of studying, trying to find the most effective way to save the planet, he discovered Waldorf education. Within two years had a Master’s in Education, a state credential for teaching in public schools, and a Waldorf teaching certificate.

Mateo has taught at Waldorf schools in British Columbia, Hawaii, Washington, Colorado, and Oregon.  He brings his great enthusiasm for personal and planetary healing to children through stories, art, music, and dance.  He is one of the founding teachers of Madrone Trail and is happy to see the genesis of this amazing school come to fruition.