The kindergarten curriculum is organized through a structure of daily, weekly and seasonal rhythms. The daily rhythm follows a consistent schedule that provides a secure structure for the children. The daily rhythm includes a planned activity for each day that is repeated weekly (baking, painting, modeling, coloring and crafts), free play, circle time (recitation, singing and movement), snack, story and outdoor play. The curriculum focus changes with each season, providing inspiration for crafts, songs, stories, practical life, gardening and cooking projects.

Daily story telling, poetry recitation accompanied by movement, singing and vivid imaginative speech allow for a full and varied experience of language. The result of being immersed in such a rich oral environment is a subtle degree of refinement in the child’s ability to listen, comprehend, recite and internalize oral rhythms and inflections. The kindergarten curriculum plants the seeds of a deep love and pleasure in language and literature. 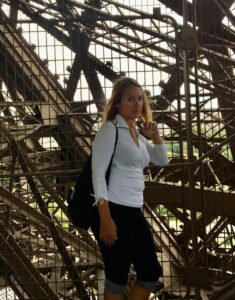 Caterina Cegin was born in Cicero, IL, a diverse city, rich with European immigrants.  Her parents immigrated from Slovakia. This rich culture exposure paired with seasonal celebrations and camping trips inspired Caterina’s love of travel and cultural studies, as she connected to her heritage and began to understand her place as a global citizen.

She attended The Evergreen State College in Olympia, WA and received a Bachelor of Fine Arts with a focus on Ethnobotany and Liberal Arts.  After completing this course, Caterina studied Five Element Herbalism with a local practitioner.  Her love of people and culture inspired Caterina to become a teacher.  Caterina became a Waldorf teacher due to the curriculum’s focus on art and movement, as well as the focus on healthy social growth and social responsibility.  She feels these methods allow a child to learn with their whole being, awakening the talents and capacities inside each child.  She attended Sound Circle Center and Rudolf Steiner College to complete her Waldorf Early Childhood Teacher Training.   Caterina has worked in Waldorf schools since 2006.

She has seen that through curiosity and interest, children are able to find common ground to work and play together despite language or cultural differences.  This capacity has influenced her work with others, that with curiosity and interest, we can respectfully find compassionate ways to work and live together. Her daughter attended Waldorf schools from kindergarten to eighth grade, studying at Madrone Trail from fourth to eighth grade. It has been insightful to see how this education equips students with the tools they need to be successful academically, compassionate and kind to all whom they encounter, with a deep sense of knowing themselves and their peers, as well as their place as global citizens.

Experience has shown how this education works from the inside out, helping children to know themselves and to be active, compassionate member of their class and community. We are fortunate to begin this journey together to foster each child’s growth and love of learning. As William Butler Yates says, “Education is not the filling of a pail, but the igniting of a fire.” 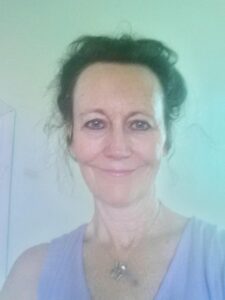 Mary Lee Gorman grew up in Southern California near Pasadena. She spent plenty of time outdoors with her nine siblings. Activities she partook in were; running about the hills close to home, riding her bike, playing ‘dirt clods’ on the trail outside the backyard gate, playing piano and guitar, learning to sew thanks to her mom and playing sports such as basketball and football thanks to her dad.

Formal education for Mary Lee consists of a B.S. degree in Business which came in useful when she assisted educators with their retirement savings. She has an M. A. degree in Education along with a state credential for teaching in public schools. Mary Lee taught in the public school system in Southern California for sixteen years. These years included teaching children from transitional kindergarten to 6th grade. She also was a substitute teacher for the Medford School District and SOESD for two years. The experience of teaching has been nothing short of expansive for her. Mary Lee discovered as a teacher that when she incorporated the arts such as drawing, music and plays into her lessons, she found her students engaged in their learning. She found the arts created a true connection for the children to the
material and made learning fun.

Mary Lee was introduced to the world of the Waldorf teacher in 2013 during a casual conversation with a gentleman at a festival in Southern Oregon. After Mary Lee explained her philosophy of teaching to the fellow he responded, “You sound like a Waldorf teacher.” Thus began her inquiry and discovery of the great match between her experiences and the teaching methods used in Waldorf schools. Mary Lee attended the Waldorf Institute of Southern California to complete her Waldorf teacher training and is grateful to the beautiful staff and competent instructors for imparting their valuable wisdom. In addition to teaching, Mary Lee enjoys spending time with her family, music, dancing, hiking and sewing.